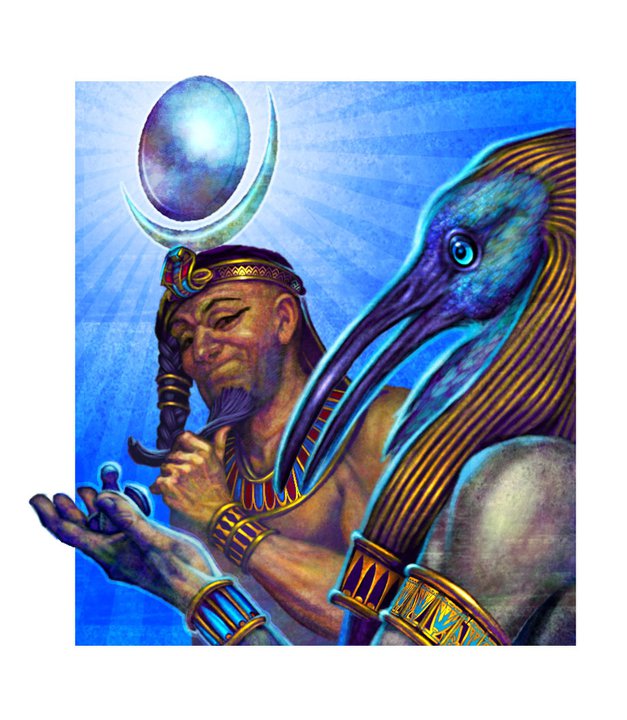 “Thoth and Khonsu” is another illustration from a recent assignment for the Educational Publishing Industry on Egyptian Myths. This particular image was also painted in Photoshop and depicts Thoth (symbolized in human form with the head of an Ibis) talking Khonsu (represented with the punt beard of the Gods, Lunar Disc above his head and sidelock of youth) into a game of senet. Since Khonsu is the associated with the moon, they bet some of Khonsu’s light against some of Thoth’s knowledge on the outcome of the games. Thoth proceeds to win enough light to add 5 more days to the Ancient Egyptian calendar which had previously consisted of only 360 days.