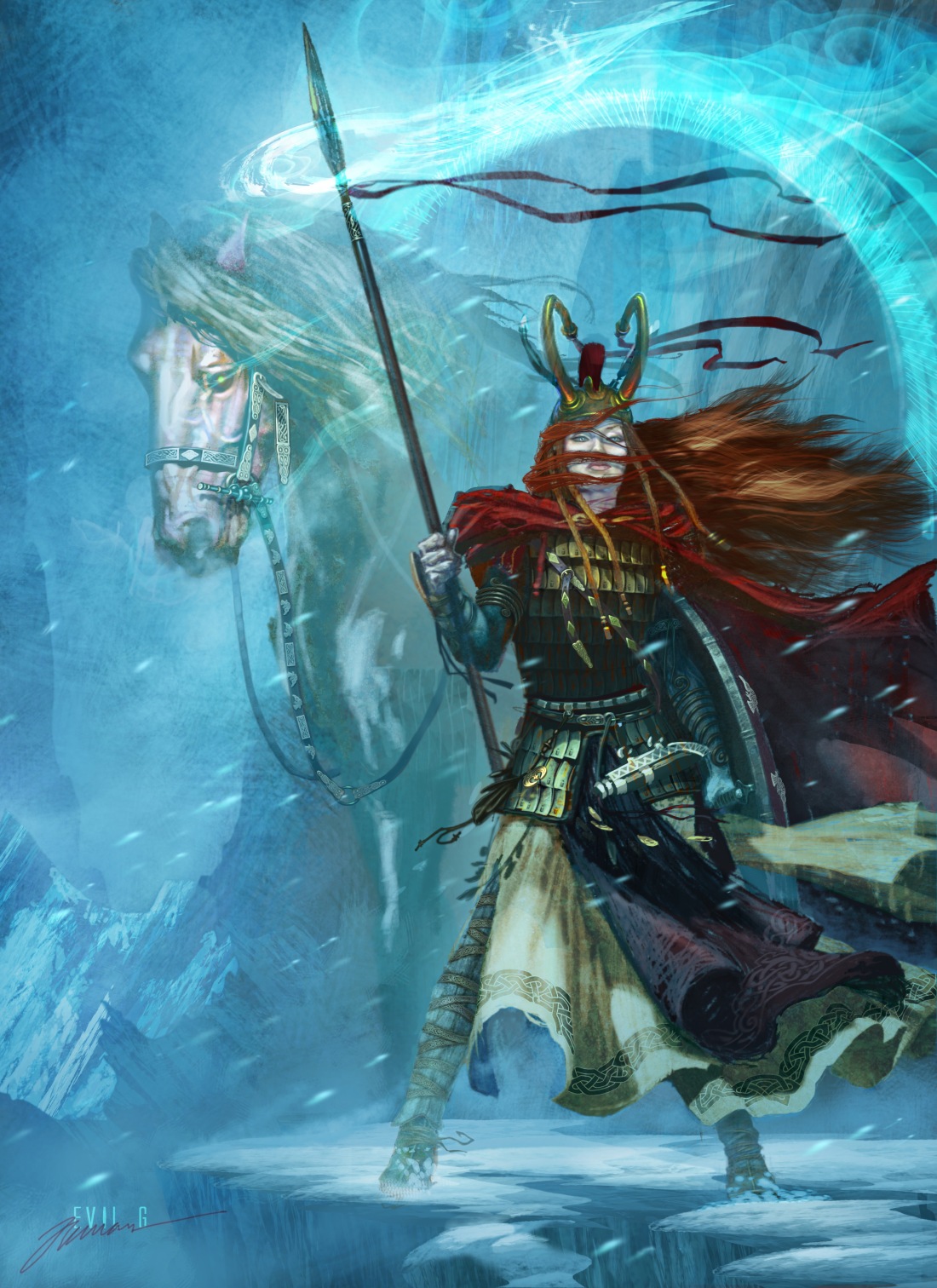 “Valkyrie” was created as Concept Art for a Fantasy project based on Norse Myths. Most of the armor and weapons are accurate for the 8th-10th century Viking Age. The lamellar cuirass is inspired by Eastern lamellar armor found in the Viking-Age archeological site in Birka but it is argued that it may have been an eastern import and not as prevalent in Viking society as modern reenactors seem to believe. Furthermore, while the artist is well aware that unlike the modern stereotype, Vikings did NOT wear Horned helmets, the choice for head gear was inspired by the Danish Vekso Helmets. They were probably used in religious ceremonies that harken back to a MUCH earlier time in the Bronze Age. Regarding both choices, the intent was to convey a more exotic, mystic timelessness and allude to a progression of even older Gods rather than portraying a mythological entity roaming around in essentially common “every-day” Viking Age street clothes.  “Valkyrie” was chosen for inclusion into “infected By Art”, Vol 3.  Image Courtesy of G.L. Freeman ©